A Spirit of Celebration

“Now there were in the same country shepherds living out in the fields, keeping watch over their flock by night. And behold, an angel of the Lord stood before them, and the glory of the Lord shone around them, and they were greatly afraid. Then the angel said to them, ‘Do not be afraid, for behold, I bring you good tidings of great joy which will be to all people. For there is born to you this day in the city of David a Savior, who is Christ the Lord. And this will be the sign to you: You will find a Babe wrapped in swaddling cloths, lying in a manger.’ And suddenly there was with the angel a multitude of the heavenly host praising God and saying: ‘Glory to God in the highest, And on earth peace, goodwill toward men!'” (Luke 2:8-14). 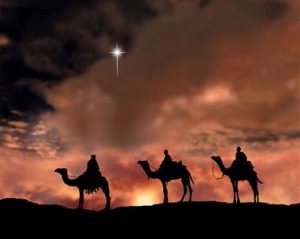 A Christmas spirit should be a spirit of humility. Beside that beautiful object lesson of the manger, the cradle and the lowly little baby, what Christian heart can ever wish to be proud?

“Let this mind be in you which was also in Christ Jesus, who, being in the form of God, did not consider it robbery to be equal with God, but made Himself of no reputation, taking the form of a bondservant, and coming in the likeness of men. And being found in appearance as a man, He humbled Himself and became obedient to the point of death, even the death of the cross. Therefore God also has highly exalted Him and given Him the name which is above every name, that at the name of Jesus every knee should bow, of those in heaven, and of those on earth, and of those under the earth, and that every tongue should confess that Jesus Christ is Lord, to the glory of God the Father” (Phil. 2:5-11).

It is a spirit of joy. It is right that these should be glad tidings for the angel announced,

“Behold, I bring you good tidings of great joy, which shall be to all people” (Luke 2:10).

It is a spirit of love. It should be the joy that comes from giving joy to others. The central fact of Christmas is the Christ who loved us and came to live among us and die for us. He or she has no right to share its joys who is living for himself or herself alone.

“For God so loved the world that He gave His only begotten Son, that whoever believes in Him should not perish but have everlasting life. For God did not send His Son into the world to condemn the world, but that the world through Him might be saved. He who believes in Him is not condemned; but he who does not believe is condemned already, because he has not believed in the name of the only begotten Son of God” (John 3:16-18).

Love is always sacrificial, and so the Christmas spirit will call us to a glad and full surrender, first to God and then to the joyful sacrifice of what we call our own for His glory and the good of others.

“…and He died for all, that those who live should live no longer for themselves, but for Him who died for them and rose again” (2 Cor. 5:15).

The Christmas spirit is a spirit of worship. It finds the Magi at His feet…. Let it find us there, too.

“And when they had come into the house, they saw the young Child with Mary His mother, and fell down and worshiped Him. And when they had opened their treasures, they presented gifts to Him: gold, frankincense, and myrrh” (Matt. 2:11).

The Christmas spirit is the spirit of missions. Its glad tidings are for all people.

“So it was, when the angels had gone away from them into heaven, that the shepherds said to one another, ‘Let us now go to Bethlehem and see this thing that has come to pass, which the Lord has made known to us.’ And they came with haste and found Mary and Joseph, and the Babe lying in a manger. Now when they had seen Him, they made widely known the saying which was told them concerning this Child. And all those who heard it marveled at those things which were told them by the shepherds” (Luke 2:15-18).

[May God’s gracious Spirit fill us this holiday season and throughout the new year.]