“And so it is written, ‘The first man Adam became a living being.’ The last Adam [Christ] became a life-giving spirit'” (1 Corinthians 15:45). 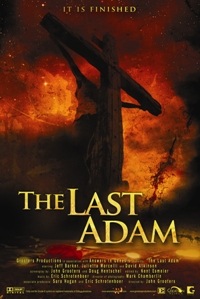 Jesus is the federal head of his elect [His people]. As in Adam, every heir of flesh and blood has a personal interest, because he is the covenant head and representative of the race as considered under the law of works; so under the law of grace, every redeemed soul is one with the Lord from heaven, since he is the Second Adam, the Sponsor and Substitute of the elect in the new covenant of love.

The apostle Paul declares that Levi was in the loins of Abraham [his great-grandfather] when Melchizedek met him: it is a certain truth that the believer was in the loins of Jesus Christ, the Mediator [of the New Covenant], when in old eternity the covenant settlements of grace were decreed, ratified, and made sure for ever [1 Pet 1:20; Rev 13:8.] [2]

[The Old Testament predicted concerning the Messiah, “The LORD has sworn And will not relent, ‘You [Christ] are a priest forever According to the order of Melchizedek'” ( Psalm 110:4). “Now consider how great this man [Melchizedek] was, to whom even the patriarch Abraham gave a tenth of the spoils. And indeed those who are of the sons of Levi, who receive the priesthood, have a commandment to receive tithes from the people according to the law, that is, from their brethren, though they have come from the loins of Abraham; but he [Melchizedek] whose genealogy is not derived from them received tithes from Abraham and blessed him who had the promises. Now beyond all contradiction the lesser [Abraham] is blessed by the better [Melchizedek]. Here [the 1st century Temple in Jerusalem] mortal men receive tithes, but there he receives them, of whom it is witnessed that he lives. Even Levi, who receives tithes, paid tithes through Abraham, so to speak, for he was still in the loins of his father when Melchizedek met him” (Heb 7:4-10.)]

Thus, whatever Christ hath done, He hath wrought for the whole body of his Church. We were crucified in Him and buried with Him, and to make it still more wonderful, we are risen with Him and even ascended with Him to the seats on high. It is thus that the Church has fulfilled the law, and is “accepted in the beloved” [Eph 1:6].

[“And you are complete in Him, who is the head of all principality and power. In Him you were also circumcised with the circumcision made without hands, by putting off the body of the sins of the flesh, by the circumcision of Christ, buried with Him in baptism, in which you also were raised with Him through faith in the working of God, who raised Him from the dead. And you, being dead in your trespasses and the uncircumcision of your flesh, He has made alive together with Him, having forgiven you all trespasses” (Col 2:10-13). “And raised us up together, and made us sit together in the heavenly places in Christ Jesus” (Eph 2:6).]

It is thus that she [the true church] is regarded with complacency [satisfaction] by the just Jehovah, for He views her in Jesus, and does not look upon her as separate from her covenant head [Christ].

[“But of Him [God the Father] you are in Christ Jesus, who became for us wisdom from God–and righteousness and sanctification and redemption” (1 Cor 1:30).]

As the Anointed Redeemer of Israel, Christ Jesus has nothing distinct from His Church, but all that He has He holds for her.

[“Blessed be the God and Father of our Lord Jesus Christ, who has blessed us with every spiritual blessing in the heavenly places in Christ” (Eph 1:3).]

Adam’s righteousness was ours so long as he maintained it, and his sin was ours the moment that he committed it; and in the same manner, all that the Second Adam is or does, is ours as well as His, seeing that He is our representative.

[“For if by the one man’s offense death reigned through the one, much more those who receive abundance of grace and of the gift of righteousness will reign in life through the One, Jesus Christ” (Rom 5:17).]

Here is the foundation of the covenant of grace. This gracious system of representation and substitution, which moved Justin Martyr to cry out, “O blessed change, O sweet permutation! [transformation]”

[“Therefore, if anyone is in Christ, he is a new creation; old things have passed away; behold, all things have become new” (2 Cor 5:17)].

This is the very groundwork of the gospel of our salvation, and is to be received with strong faith and rapturous joy.

[Have you been made alive by the Son of God–“the Life giving Spirit”? If so, by faith accept your identification with Him and live out of this new identity!]

Spurgeon (1834-1892) was a powerful Baptist preacher and prolific author who ministered at Metropolitan Tabernacle in England.

[1] Spurgeon assumed Paul was the author of Hebrews.

The Last Adam poster is for the 15 minute film at the Creation museum. It is available on DVD also: http://creationmuseum.org/whats-here/theater-presentations/