Keswick: A Good Word or a Bad One?

Occasionally, I hear people use the label “Keswick” in a derogatory way. Yet others use the term quite positively. Someone who did not know the term would wonder if “Keswick” is a good word or a bad one. The issue, of course, is not the term, but what one means by the term.

Keswick is a beautiful town nestled in the Lake District of England. In 1875, a conference began there which continued annually as “The Keswick Convention.” Its original stated purpose was for the deepening of spiritual life. To accomplish this purpose a definite theological position was taught-sanctification by faith, sometimes called holiness by faith.

The focus of the theology was on Christ as one’s life. This was sometimes called “The Higher Life” or “The Deeper Life” or “The Victorious Life.” Although in later years other ideas were attached to some of these labels, their original usage was Christ-focused.

In other words, the “Higher Life,” the “Deeper Life,” the “Victorious Life,” the “Spirit-filled Life,” the “Christ-Life” is not a new line of teaching. It is not a mere set of doctrines; it is not a set of motions; it is not a conference, a convention, or a movement-it is a Life. That Life is a Person, and His name is Jesus! Jesus is the “Higher Life.” Jesus is the “Deeper Life.” Jesus is the “Victorious Life.” How can it be otherwise? Sanctification or holiness by faith is simply accessing the “Holy Life” by faith. It is “I live, yet not I, but Christ liveth in me … by faith” (Gal. 2:20). Holiness by faith is accessing the Holy Life of Jesus to empower holy living and serving. It is becoming “partakers of His holiness” (Heb.12:10), not imitators.

To help people understand how to “progress” in sanctification, Keswick emphasized a specific theme each of the five days of their convention: Sin (sin is the problem, both outer man sins and especially inner man sins), Provision (Christ is the answer through the cleansing power of His blood and the enabling power of His Spirit), Consecration (the access to Christ’s provision is through surrender, by yielding to Christ’s leadership, and faith, by depending on Christ’s enablement), the Spirit-filled Life (surrender/faith accesses Christ’s Life-the Spirit-filled life for holiness and service), and Service (the whole point of sanctification by faith is to then serve by faith primarily in the declaration of the Gospel).

The Keswick Convention began in 1875 and continues to this day. However, as with many movements, eventually the original focus was lost so that today the Keswick Convention no longer truly represents its original purpose. The first two generations of Keswick (the first eighty years) held to the original theology. In other words, Keswick theology stayed largely true to its beginning from 1875 through the 1950s. During this time Keswick guarded itself from the extremes of certain factions within the “Holiness Movement.” However, ecclesiastically, Keswick began to weaken during the Fundamentalist-Modernist controversy of the 1920s and 1930s. Their motto of “all one in Christ” set them up for compromise when this controversy came on the scene. This compromise eventually eroded their theology in significant ways by the 1960s. 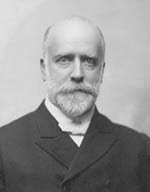 Notice how familiar many of these names are and how they are esteemed even to this day. R. A. Torrey was so respected in his day that he was the editor of The Fundamentals. The Fundamentals contain 90 articles. Speakers associated with Keswick theology wrote at least 21% of these articles. Of the authors used, at least 29% were associated with Keswick theology. This shows that Keswick was mainstream in the beginnings of Biblical Fundamentalism. Therefore, Keswick was clearly considered “orthodox.” To denigrate Keswick is to denigrate the roots of Fundamentalism.

I prefer to call Keswick theology “revival theology.” When one is awakened to the need to access the indwelling Life of Christ by faith and begins to appropriate that Life for the steps of obedience, personal revival occurs. Revival is a restoration to spiritual life-the Life of Christ in you accessed by faith as the animating power to your personality! This doctrine did not begin in 1875 with Keswick. It began in the New Testament (John 10:10, 14-16; Rom. 6-8; II Cor. 3:5,17-18; 9:8; Gal. 2:20; 3:1-5,14; Eph. 3:17; 5:18; Phil. 1:21; Col. 1:27; 3:4). This is revival theology! In fact, in The Flaming Tongue, J. Edwin Orr’s account of the early twentieth-century revivals which affected at least 57 nations, Orr repeatedly documents that Keswick-type conferences were used of God to either ignite revival fire or to greatly fuel it.

Some accuse Keswick of passivity. This is probably because Keswick emphasizes resting in Christ. However, the emphasis is not to sit back and do nothing, but rather trust to obey! The emphasis is not idle passivity, but active cooperation-the cooperation of surrendering to the Spirit’s leadership and depending on His enablement. This is walking in the Spirit, which obviously involves steps, not quietistic passivity. But the steps are steps of faith, not the mere motions of flesh-dependent activity. This is what brings rest, for when you yoke up with Jesus, He carries the load!

Keswick denounces “struggle theology,” which is flesh-dependence in an effort to live the Christian life, because works-sanctification is just as wrong as works-justification (Gal. 3:1-3). You do not get justified by faith, and then get sanctified by struggle. Sanctification is also by faith, for “without faith it is impossible to please God” (Heb.11:6). Obviously there are struggles in life, but flesh-dependence for frustrated Christian living is an unnecessary struggle. Faith for victory means you are depending on the victorious Life of Christ to enable you to obey. It is not a matter of you trying to live the Christian life (hollow motions), it is a matter of trusting the indwelling Christ to enable you for the steps of obedience (empowered motions). So victory without trying does not mean victory doing nothing; it means victory with trusting. True faith is not an inward, “navel-gazing,” self-focus; it is focusing rather on Christ, the true object of faith, that He might express His Life through yours. To accuse Keswick theology of passivity is simply not accurate.

Interestingly, Robert Thomas rightly deals with the dangerous subjectivism of evangelicals in his book called Evangelical Hermeneutics. He names many names in the evangelical world who are guilty of true subjectivism. But when he seeks to show a right approach, he often quotes J. Robertson McQuilken as handling matters biblically. McQuilken, who wrote several helpful books, is the writer of the Keswick view of sanctification in Five Views of Sanctification, which we noted earlier. Keswick teaches the subjective reality of the Holy Spirit based on the Word, not subjectivism which leaves the scriptural foundation. To accuse Keswick of subjectivism reveals an inaccurate understanding of Keswick teaching.

I suppose this charge comes because Keswick theology emphasizes the Victorious Life of Christ. Obviously, He is perfect. But Keswick makes clear that we still live in the “body of sin” (Rom. 6:6). The focus of Keswick is not that you cannot sin, but that you are able not to sin because of the indwelling Christ. Keswick makes clear that tragically Christians sin, but that the focus should not be on being defeated, but rather on victory in Christ by faith. The provision of the indwelling Christ is perfect, but our consistent access of that perfect provision is sadly imperfect. This is quite different from a Wesleyan position. There is no such thing as a Wesleyan/Keswick position. Rather, there is an Augustinian-Dispensational/Keswick position. To accuse Keswick theology of sinless perfectionism is simply not being honest with the facts of Keswick teaching.

Reasons for the Attack

Amazingly, I have been in several settings where speakers had just taught Keswick theology and then said, “Now I’m not talking about Keswick,” or, “I’m not talking about the Deeper Life.” This shows that they do not really know what the labels actually mean, but are functioning off of hearsay and concepts which have been attached to the term “Keswick” by the critics of Keswick. First impressions are mind-setting. Someone “bent their ear,” or they read the critics of Keswick without actually reading the Keswick authors themselves. Then, when they criticize the term Keswick, they are shooting themselves in the foot because they are undermining what they themselves taught. Obviously this is unintentional, but it still is harmful to that which they believe.

Not all proclaimed Calvinists clash with Keswick, but those of a thoroughgoing system often do. Keswick emphasizes man’s responsibility of faith (sanctification by faith). Some Calvinists claim this is man-centered. But how can God-dependence theology be man-centered? This is a clash between inevitable faith (Calvinism) and responsible faith (Keswick). Does progressive sanctification just inevitably occur for every true child of God, or can it be hindered by unbelief and accelerated by faith? Keswick claims the latter. Interestingly, responsible faith (Keswick) also clashes with the misfocused faith of unfettered choice (Arminianism). Responsible faith means you are responding to the convincing work of the Spirit based on God’s Word. It is not unfettered choice, nor is it inevitable. It is a true responsibility.

When I hear or read what some Calvinists claim Keswick teaches, I’m amazed at the inaccuracy. Perhaps some read the critics of Keswick and not Keswick authors themselves. Others may perhaps read Keswick authors but do so with such bias that they do not read what the authors are actually saying. The outcome is major misrepresentation.

Some may attack Keswick because they supposedly tried it, and it did not work for them. However, the problem is not with the provision of Christ, but with a misunderstanding of truth or a misapplication of surrender and faith. Some are not truly surrendering (giving up) their sin; they just don’t like their guilt. Some may have misunderstandings regarding faith, what it is and how it works. If you have a besetting sin or are ineffective in service, it is always easier to blame something other than your own responsible choices.

Satan attacks revival truth! He is the master deceiver. Revival theology (Keswick) threatens his turf. Much of the controversy is stirred up by his deceptions. When you understand that Keswick-type conferences were used to ignite revival fires or fuel them in the early twentieth-century revivals, it is no wonder that Satan has attacked Keswick theology in order to prevent another great wave of revival blessing.

Obviously, an article which is brief in its nature cannot deal with all the details of the present confusion around the word Keswick. May I suggest that you read the Keswick authors themselves. Read G. Campbell Morgan’s The Spirit of God, Evan Hopkins’ The Law of Liberty in the Spiritual Life, J. Elder Cummings’ Through the Eternal Spirit, Handley G. C. Moule’s Practicing the Promises and his treatment of Romans 6-8 in his commentary on Romans, F. B. Meyer’s many books, A. J. Gordon’s writings, A. T. Pierson’s works, and so forth. Steven Barabas quotes from many Keswick authors in his book entitled So Great Salvation: The History and Message of the Keswick Convention.

So, is Keswick a good word or a bad one? If you mean sanctification by faith thus accessing the victorious Life of Christ, that is gloriously good! However, I prefer to use the label “revival theology.” The issue, of course, is not a label, but truth.

Jesus Christ is the only one who can live the Christian life! Jesus is the Christian Life. But He lives in you so that you, yet not you, but Christ in you can live the Christian life! When you got saved, Christ moved in-to live His life, not yours! But this is not automatic. As you received Christ by faith, you also must walk by faith one step at a time (Col. 2:6). This is accessing the eternal Life as the abundant Life. This is sanctification by faith. Ultimately, this is revival reality.