A radical change of personal perspective has been coined “a paradigm shift.”

Leadership consultant, Steven Covey, explains this concept:”The term paradigm shift was introduced by Thomas Kuhn in his highly influential landmark book, The Structure of Scientific Revolutions. Kuhn shows how almost every significant break-through in the field of scientific endeavor is first a break with tradition, with old ways of thinking, with old paradigms. For Ptolemy, the great Egyptian astronomer, the earth was the center of the universe. But Copernicus created a paradigm shift, and a great deal of resistance and persecution as well, by placing the sun at the center. Suddenly, everything took on a different interpretation … Whether they are instantaneous or developmental, paradigm shifts move us from one way of seeing the world to another. And those shifts create powerful change… The more aware we are of our basic paradigms, maps, or assumptions, and the extent to which we have been influenced by our experience the more we can take responsibility for those paradigms, examine them, (and) test them against reality. . .[1] 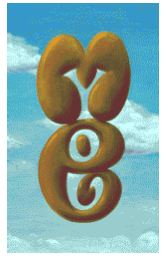 How do you view the Christian life? If your perspective has been distorted by tradition, rejection, or legalism, you’re in need of a biblical “paradigm shift.” A grace awakening would include these changes of perspective:

* Resources for living: self effort shifts to empowerment by the Holy Spirit. (Gal. 3:3).

* Ministry: The believer does not primarily ‘work for the Lord’, but rather cooperates with God through His strength and guidance (Gal. 2:8).

* God’s law as a means of righteous conduct: The believer’s resource for godliness is not primarily an external code of rules, but rather the spiritually prompted, internal principle of the law of love (Rom. 7:5,6; 13:8-10). 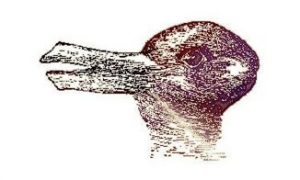 The Galatians 2:20 paradigm is not grasped by biblical and theological study alone; it is revealed by the illumination of the Holy Spirit. “Now we have received, not the spirit of the world, bu t the Spirit who is from God, that we might know the things that have been freely given to us by God.” (1 Cor. 2:12). Biblical knowledge is not the same as biblical insight. How the Lord must yearn for us us to fully appreciate the gracious blessings of life in Christ!

British preacher, Stephen Olford observed, “The Avis philosophy (‘We try harder’) is fatal in the Christian life. We do not live the Christ-life by trying, but rather by trusting. When we try, it is self-effort, and we are bewitched; when we trust, it is Spirit-effort, and we are blessed.”

Olford went on to recall his “paradigm shift” about the abundant life in Christ:

I recall when this truth became a reality in personal experience. I had already surrendered my life to Jesus Christ for the Christian ministry. While I waited to start my theological training, I spent weekends preaching in local churches. Every time I opened my mouth to speak, I was haunted by the memory of past defeats. Instead of turning to the Lord for deliverance, I tried to conquer the problem by self-effort. The result was disastrous! Instead of being liberated I was paralyzed. In desperation I went to hear a missionary on furlough give a series of studies on Romans. Expounding chapter 6, he paused to ask this question, ‘Is there someone here who is haunted by his past and defeated in his witness?’ I knew God was speaking to me, so I listened the more intently. Then he continued, ‘Do you know that such introspection is a violation of the principle of grace? God has condemned, crucified, and buried your ‘old self.’ What right have you to visit the cemetery of your moral past and dig up the bones? Accept by faith what God has done and trust the Holy Spirit to liberate you to live the resurreøction life in Christ.’ That was all I needed. I saw the foolishness and futility of self-effort, and the grace of God set me free! [2] 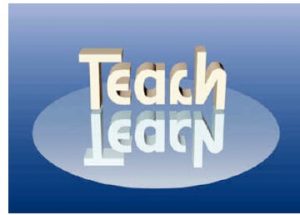 Can you say “amen” to Dr. Olford’s discovery? Is your perception of the Christian life humanistic and feelings-based, or biblical and Christ-centered? Let’s dare to believe the Holy Spirit’s witness through the Word of God. He unveils the riches of divine grace, so shift your paradigm by faith!

We praise You O God for the full forgiveness we have through the Cross of Christ. Deliver us from our own feeble attempts to gain victory, and shift our perspective to fully appropriate Christ’s saving life. For Jesus’ sake, amen.

This article is revised from the 1998 and 2001 editions. Copyright by John B. Woodward in 2010. Permission is granted to reprint (with credit given) for non-commercial use. Bible quotations are from the New King James Version. Copyright 1982 by Thomas Nelson.