The Freedom of the Christian

“And having been freed from sin, you became slaves of righteousness.” (Romans 6:18)

“But now having been freed from sin….you derive your benefit, resulting in sanctification….” (Romans 6:22)

“For the law of the Spirit of life in Christ Jesus has set you free from the law of sin and of death.” (Romans 8:2) 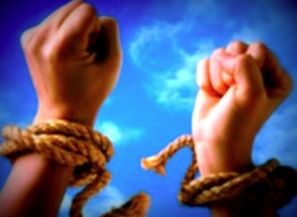 Freedom is counted in Scripture as one of the greatest privileges of the child of God. Throughout history, there is nothing for which nations have made great sacrifices except freedom. Slavery is the lowest condition into which man can sink, for in it he can no longer govern himself. Freedom is the deepest need of his nature.

To be free, then, is the condition in which anything can develop itself according to the law of its nature, according to its own disposition. Without freedom nothing can attain its destiny or become what it should be. This is true of the animal and man, of the worldly and the spiritual alike. It was for this reason that God chose the redemption of Israel out of the slavery of Egypt and into the glorious liberty of the promised land as the everlasting example of redemption out of the slavery of sin and into the liberty of the children of God. [1] On this account, Jesus said, “So if the Son makes you free, you will be free indeed” (John 8:36). And the Holy Scriptures teach us to stand firmly in the freedom with which Christ made us free. Complete insight into this freedom opens up to us one of the greatest glories of the life that the grace of God has prepared for us. [2]

There are three passages from the Epistle to the Romans which speak of our sanctification through a threefold freedom.There is

There is freedom from sin.

Sin is represented as a power that rules over man, and under which he is brought and taken captive: It urges him to be a slave to evil. [3] By the death of Christ and in Christ, the believer, who is one with Him, is made entirely free from the dominion of sin (Romans 6:7,18,22). It has no more power [authority] over him. If, then, he still sins, it is because he permits sin still to rule over him, not knowing his freedom by faith. But if by faith he fully accepts what the Word of God thus confirms, then sin has no power over him. He overcomes it by the faith that he is made free from it. [4]

Then there is freedom from the law.

This leads us deeper into the life of grace than freedom from sin. According to Scripture, law and sin always go together. “….and the power of sin is the law” (I Corinthians 15:56). The law does nothing but make the offence greater. [5] The law reveals our sinfulness. It cannot help us against sin; rather, with its demand for perfect obedience, it hopelessly gives us over to the power of sin. The Christian who does not realize that he is made free from the law will still always abide under sin. [6] Christ and the law cannot rule over us together. In every Endeavour to fulfill the law as believers, we are taken captive by sin. [7] The Christian must know that he is entirely free from the law, from the you must that stands around us and over us. Then, for the first time, he will know what it is to be free from sin.

Then there is also freedom from the law of sin, actual liberation from the power of sin in our members.

Freedom from the law is not anything external. Instead, it takes place according to the amount of dominion and leading of the Spirit within us. “….where the Spirit of the Lord is, there is liberty” (II Corinthians 3:17). Accordingly, as the law of the Spirit rules in us, we are made free from the law, and from the law of sin. We are then free to do what we, as God’s children, would gladly do, serve God.

Free expresses a condition in which nothing hinders me from being what I could and should be. In other words, free is to be able to do what I desire. The power of sin over us, the power of the law against us, and the power of the law of sin in us, hinder us. But he who stands in the freedom of the Holy Spirit, he who is then truly free, cannot be prevented or hindered from being what he could and should be. As it is the nature of a tree to grow upwards, free from all hindrances, so a child of God then grows to what he should and will be. As the Holy Spirit leads him into this freedom, the joyful consciousness of his strength for the life of faith springs up. He shouts joyfully,

“I can do all things through Him who strengthens me.” (Philippians 4:13)

“But thanks be to God, who always leads us in triumph in Christ….” (II Corinthians 2:14)

Prayer: “Son of God, anointed with the Spirit to announce freedom to the captives, make me also truly free. Let the Spirit of life in You, my Lord, make me free from the law of sin and of death. I am Your ransomed one. Let me live as Your freed one, who is hindered by nothing from serving You. Amen.”

From The New Life: Words of God for Young Disciples of Christ. ch. 49. Andrew Murray (1828-1917) was a South African pastor, author and missionary statesman.

Pastor Dan Russell has written a book on the divinity of Jesus Christ that also addresses implications for dynamic sanctification. It is titled, The Christ In Christian: How Every Christian Can Experience the Three Divine Attributes of Christ. The book is available in print and on Kindle ebook at Amazon.com