A Glimpse of Kingdom Glory

“Now after six days Jesus took Peter, James, and John his brother, led them up on a high mountain by themselves; and He was transfigured before them. His face shone like the sun, and His clothes became as white as the light. And behold, Moses and Elijah appeared to them, talking with Him. Then Peter answered and said to Jesus, ‘Lord, it is good for us to be here; if You wish, let us make here three tabernacles: one for You, one for Moses, and one for Elijah.’ While he was still speaking, behold, a bright cloud overshadowed them; and suddenly a voice came out of the cloud, saying, ‘This is My beloved Son, in whom I am well pleased. Hear Him!’ And when the disciples heard it, they fell on their faces and were greatly afraid” (Matt. 17:1-3 5 NKJV). 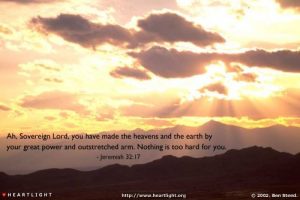 The Glory Of That Light

It was six days, or eight counting both ends, after the first telling of the coming tragedy [Christ’s approaching crucifixion] that shook them so. Here is a bit of practical psychology, Jesus lets the brain impression made by that strange announcement deepen before making the next impression. Jesus went up into the mountain “to pray.” Prayer never failed Him. It was equal to every need with Jesus. It was while praying that the wondrous change came [Luke 9:29].

When Moses came down from that long time alone with God, his face was full of the glory reflected from God’s presence. Stephen’s face caught the light of another Face into which he was intently looking.[Exodus 34:29; Acts 6:16;7:55,56].

Jesus was changed from within. It was His own glory that these men saw. He had wrapped Himself up in a bit of human tapestry so He could move among men without blinding their eyes. Now he looks out through the strands. They are astonished and awed to find that face they know so well now shining as the sun, and the garments made transparent as light, glistening like snow, by reason of the great brilliance of the light within. Yet Jesus let out only a part of the glory [John 1:1,14]. When Paul saw, on the Damascus road, the light was above the shining of the sun [Acts 3:3].

When their eyes get over the first daze, the disciples come to see that besides Jesus there are two others, two of the old Hebrew leaders. There is Moses, the great maker of the nation, the greatest leader of all. And rugged Elijah, who had boldly stood in the breach and saved the day when the nation’s king was proposing to replace the worship of Jehovah with demon-worship. They are talking earnestly together, these three, about – what? The great sacrifices Jesus had been enduring? The disappointment in the kingdom plan, the suffering and shame to be endured? The bitter obstinacy of the opposition? The chief priests’ plotting? Listen! They are talking about the departure, the exodus, the going out and up, Jesus is about to accomplish. They are absorbed in Jesus. He was about to execute a master-stroke. He is going to accomplish a great move. They are wholly absorbed in Him, this Moses, and Elijah, and in this great move of His for men.

Meanwhile these men lying on the ground are waking up and rubbing their eyes. The only jarring note is a human note. John and James look with awe, reverent awe. It is an insight into their character that nothing is said about them. Their sense of reverence and power of control are to the front. It is dear, impulsive old Peter who can’t keep still, even amid such a scene. His impulsive heart is just back of his lips, with no check-valves between. He must offer a few remarks. This great vision must be duly recognised. What a sensation it would make in Jerusalem to get these two men to stay and come down and address a meeting! That would turn the tide, surely. Luke graciously explains that he did not know what he was saying. No, probably not. The tongue seemed to be going mechanically, rather than by the controlling touch of the will. Peter seems to have a large posterity, some of whom abide with us to this day.
Then the vision is shut out by the intervening cloud. This human interference disturbs the atmosphere. For Peter’s sake, the glory is hidden that the impression of it may not be rubbed out even slightly by his own speech. We blur and lose the impression God would make upon us, by our speech, sometimes. A bit of divine practical psychology, this movement of the cloud. Then the quiet voice that thrilled them with the message of the Jordan, “This is My Son; My Chosen One: hear ye Him.” Then it is all over.

It is most striking that this wondrous vision of glory is for these three obscure, untutored men, of lowly station. Not for the nation’s leaders. Yet the reason is plain. They had gladly accepted what light had come. To them came more. Their door was open. It is these men who had obeyed light that now received more. To him that hath received what light has come shall be given more. From him that hath no light, because he won’t let it in, shall be taken away even what light he has. Shut fists will stifle what is already held, and the life of it oozes out between the fingers.

In each of the three Gospels recording this scene it is introduced by the same quotation from Jesus’ lips. There were some persons in His presence who would not die until they had seen the kingdom of God. The writer’s reference is clearly to the vision that follows. It is said to be a vision of the coming kingdom. Jesus, with the divine glory within, no longer concealed, but shining out with an indescribable splendour, up above the earth, with two godly men, one of whom had died, and the other had been caught up from the earth without death, talking earnestly about men and affairs on the earth, and in direct communication with the Father – that is the vision here of the kingdom.

“And we all, with unveiled face, continually seeing as in a mirror the glory of the Lord, are progressively being transformed into His image from [one degree of] glory to [even more] glory, which comes from the Lord, [who is] the Spirit” 2 Cor. 3:18 (Amplified Bible).