We have been studying how pride, independence, unbelief, and self-will were the “seeds of forbidden fruit” that comprised Adam and Eve’s fall from innocence in Eden. By way of contrast, humility, dependence, belief, and submission to God are essential in Christian discipleship.[1]

The Victory of The Last Adam

Christ’s mission of redemption required His virgin birth and sinless life so that He could be qualified as our substitute at Calvary. As the writer of Hebrews reasoned, “We see Jesus, who was made a little lower than the angels, for the suffering of death … that He, by the grace of God, might taste death for everyone … Inasmuch then as the children have partaken of flesh and blood, He Himself likewise shared in the same, that through death He might destroy him who had the power of death, that is, the devil, and release those who through fear of death were all their lifetime subject to bondage” (Heb 2:9-15; Cf. 2 Cor 5:21). What a wonderful champion we have! 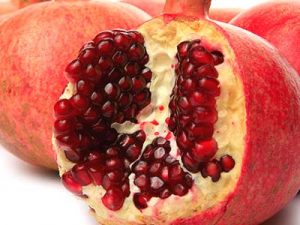 What the first Adam lost in the Fall, Christ regained through His redemptive work. Paul’s epistles emphasize the profound contrast of Adam and Christ. “Adam,… is a type of Him who was to come [Christ]. But the free gift is not like the offense. For if by the one man’s offense many died, much more the grace of God and the gift by the grace of the one Man, Jesus Christ, abounded to many” (Rom 5:14b,15). “For since by man came death, by Man also came the resurrection of the dead. For as in Adam all die, even so in Christ all shall be made alive … ‘The first man Adam became a living being.’  The last Adam became a life-giving spirit … The first man was of the earth, made of dust; the second Man is the Lord from heaven … And as we have borne the image of the man of dust, we shall also bear the image of the heavenly Man” (1 Cor 15:21,45,47,4).[2]

Oh the wonders of the Incarnation! An ancient hymn declared,

“King of kings, yet born of Mary,
As of old on earth He stood,
Lord of lords, in human vesture,
In the body and the blood,
He will give to all the faithful
His own self for heavenly food.”[3]

Now, if Christ came as the Last Adam/the Second Man, it was necessary for Him to live a perfect human life. This He accomplished. Not only was He sinless, He was our perfect example of how to live. We might suppose He would accomplish His earthly ministry by virtue of His deity, since He is the Son of God. Yet, in order to be the Last Adam, He needed to accomplish what the first Adam failed to accomplish. Instead of living by His own intrinsic power, He lived a perfect human life in dependence on the Father. This being the case, we can learn from how Christ overcame Adam’s failures.

Jesus did not succumb to the “seeds of forbidden fruit.” A study of the three temptations of Christ in the wilderness demonstrates the wisdom of living in humility, dependence, belief, and submission. We find the temptation narratives in Matthew and Luke, the fourth chapters. It shouldn’t surprise us to find the “Old Serpent” using the same tactics he did back in Genesis with Eve.[4]

1. The temptation to pride

Satan approached Jesus repeatedly with the words, “If  You are the Son of God…”  Matthew 4:3,5.  Notice that Jesus did not usually use this title for Himself. He called Himself “the Son of Man.” This title emphasized His humanity.[5] Satan, on the other hand, appealed to Jesus to assert His divinity. When the Tempter offered the kingdoms of the world to Jesus, it was an appeal to the pride of position and attainment.

Christ’s perfection as the Son of Man is seen in His consistent humility. He was born in a stable in Bethlehem; He was raised in Nazareth–a city that had a bad reputation. He rode into Jerusalem on a donkey, not in a chariot pulled by white stallions! In one of His rare self-descriptions, Christ said, “I am meek and lowly of heart…” (Matt. 11:29; see Phil. 2:5-11).

Friend, if you want the power of God in your life, don’t succumb to selfish ambition and pride. Instead, “… be submissive to one another, and be clothed with humility, for ‘God resists the proud, But gives grace to the humble.’ Therefore humble yourselves under the mighty hand of God, that He may exalt you in due time” (1 Pet. 5:5-6).

2. The temptation to independence

In each case Satan was tempting Jesus to act independently of the Father.

Why not? Because the Son of man did nothing independently of the Father! [6]

Notice these testimonies: “Then Jesus answered and said to them, ‘Most assuredly, I say to you, the Son can do nothing of Himself, but what He sees the Father do; for whatever He does, the Son also does in like manner. I can of Myself do nothing. As I hear, I judge; and My judgment is righteous, because I do not seek My own will but the will of the Father who sent Me” (John 5:19,30).

Likewise, each of us as believers are called to live in complete dependence upon our indwelling Lord (John 15:5).

3. The temptation to unbelief

Although Christ had unhindered access to divine revelation, He still lived a life of faith.[7]  However, Satan tried to undermine this too. The Tempter kept saying, ‘If you are the Son of God. He tried to plant doubts: Could He really survive much longer without food? Would those angels really rescue Jesus if He jumped off that temple? Who really had authority to rule the nations?

“Then the devil, taking Him up on a high mountain, showed Him all the kingdoms of the world in a moment of time. And the devil said to Him, ‘All this authority I will give You, and their glory; for this has been delivered to me, and I give it to whomever I wish'” (Luke 4:5,6).

However, God the Father had promised the Messiah, “Ask of Me, and I will give You The nations for Your inheritance, And the ends of the earth for Your possession. You shall break them with a rod of iron; You shall dash them to pieces like a potter’s vessel” (Psalm 2:8,9). And one of these days this prophecy will be fulfilled: “Then the seventh angel sounded: And there were loud voices in heaven, saying, ‘The kingdoms of this world have become the kingdoms of our Lord and of His Christ, and He shall reign forever and ever!'” (Rev. 11:15).

Throughout Christ’s earthly life He trusted the Father. In His role as the Son of Man, Christ believed the Father’s promises and said “no” to Satan’s deceptions; so should we!

4. The temptation to self-will

In each temptation, Satan tried to get Jesus to be self-centered. Yet, each response by our Lord was: “It is written…” Christ appealed to Biblical authority; He lived contentedly in the Father’s will.

In anticipation of His earthly life, Christ declared. “Behold, I have come–In the volume of the book it is written of Me–To do Your will, O God” (Heb. 10:7).

He always submitted to the Father’s will: “Then Jesus said to them, ‘When you lift up the Son of Man, then you will know that I am He, and that I do nothing of Myself; but as My Father taught Me, I speak these things … And He who sent Me is with Me. The Father has not left Me alone, for I always do those things that please Him'” (John 8:28,29; see Rom.15:3).

After Christ’s victory over these temptations, “the devil … departed from Him until an opportune time” (Luke 4:13). The most critical test of Christ’s loyalty to the Father’s will came in the hours before His arrest in the Garden of Gethsemane. Imagine the intensity of this temptation: “And being in agony, He prayed more earnestly. Then His sweat became like great drops of blood falling down to the ground” (Luke 22:44). Hallelujah, Christ remained faithful! He prayed those famous words, “Father, if it is Your will, take this cup away from Me; nevertheless not My will, but Yours, be done” (Luke 22:42).

If you’re redeemed by Christ, you can delight in submission to God’s good, acceptable, and perfect will.

As the Last Adam, Jesus lived His earthly life in perfect humility, dependence, belief, and submission. These are seeds of the Tree of Life!

[1] Seer the other articles in this series, “Seeds of Forbidden Fruit,”  GraceNotebook.com

[6] For further study on this theme, see Grace Notes: “How Did Jesus Do What He Did?” See also the book by Ian Thomas, The Saving Life of Christ.